To kick off the 2018 New Year, 841st, along with Cooper/Ports America, ASLAC, and KBR Wyle conducted an APS3 PREPO load.

The Surface Warriors of the 652nd ETOE, 840th Transportation Battalion ensures equipment is unloaded and loaded safely and securely in order to deliver readiness to its final location!

Develop, shape and nest Transportation Corps capabilities within CASCOM to support multi-functional requirements within the context of Large Scale Combat Operations (LSCO) in both sustainment and distribution. Take care of our Soldiers by providing them with the best training available so they can operate in any environment and dominate under difficulty. 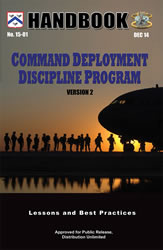