“NOTHING HAPPENS UNTIL SOMETHING MOVES”

The side-load capability function of the new Rapidly Available Interface for trans-Loading, or RAIL, a modular ramp system prototype sponsored by U.S. Transportation Command, is one of three configurations the system offers for massing of combat power at the point of need without the requirement of shipping it to a fixed railhead facility for offload and then onward movement. (U.S. Army courtesy photo)

Story by Courtesy of US Army

SCOTT AIR FORCE BASE, Ill. (May 16, 2022) – A game-changing capability sponsored by U.S. Transportation Command (USTRANSCOM) offering greater flexibility to offload combat power is now being used in the European theater. 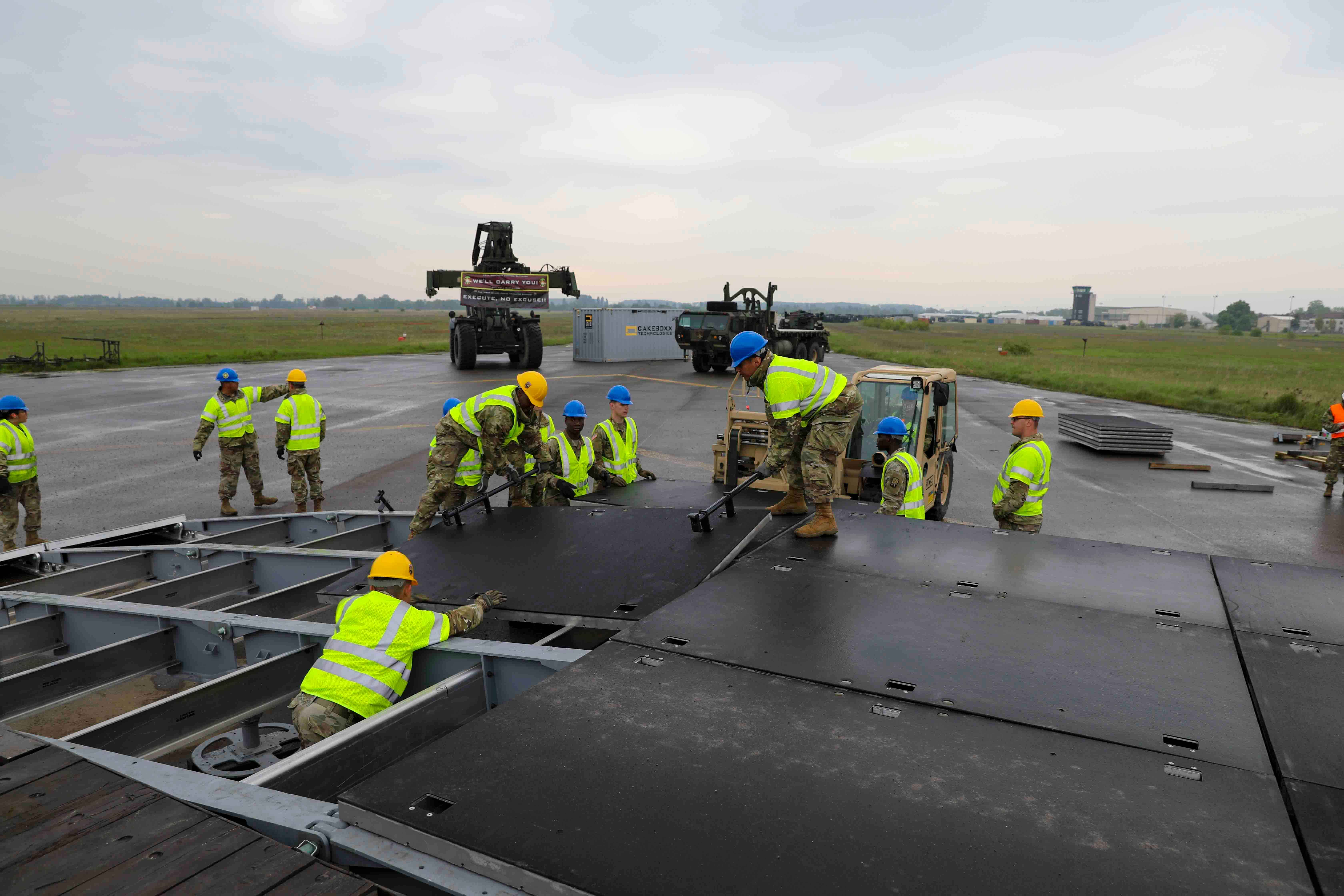 The Rapidly Available Interface for trans-Loading, or RAIL, is a modular ramp system that can be rapidly assembled anywhere allowing for the massing of combat power. RAIL is a joint research and development program between Combat Capabilities Development Center Ground Vehicle Systems Center and the U.S. Army Engineer Research and Development Center. The program is funded by U.S. Transportation Command Joint Deployment and Distribution Enterprise. The RAIL system eliminates the need for a fixed railhead facility to offload equipment for onward movement.

FORT LEE, Va. – Stalled by COVID since 2019, the Sustainment Warfighting Forum made its comeback here Tuesday, drawing more than 300 in-person and virtual attendees from across the Army, including the Reserve and National Guard components.

In opening remarks, Gen. Ed Daly, commanding general of Army Materiel Command, underscored the importance of the event, noting that the Army is undergoing “its largest transformation in 40 years” and the sustainment community must do the same.